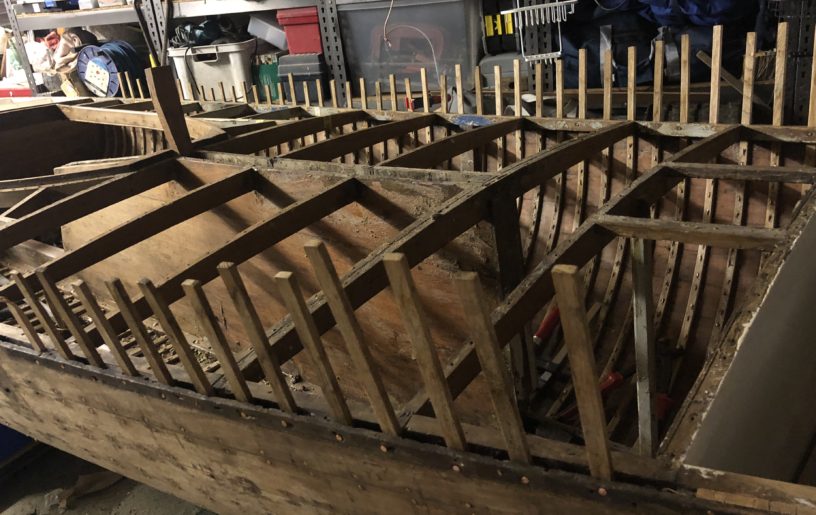 When restarting the work on Zenith there were 65 broken ribs in the cockpit section between the two bulkheads. There wasn’t a continuous run of broken ribs, as in between groups of broken ones there were the odd one or two that looked as if they were fine. After replacing the adjacent broken ribs I had suspicions that some of those that looked OK were suffering from microfractures on the underside; the removal of a couple of decent looking ribs showed that this was the case.

So, the decision was made to replace all single or pairs of ribs that were between batches of broken ones, this took the total replacements required in the cockpit section from 65 to 85. This decision did delay work a little, I had 7 spare lengths of oak but needed more. Luckily John Moody Marine Timber was able to machine some 3m lengths of 6mm x 12mm oak for me with only a few days notice. Thank you John!

After several late evenings and most of today the rib replacement has come to an end, since the 14th December 85 oak ribs and been steamed and fitted. This brings the total number replaced to 114, with over 3,000 copper nails used to fix them.

There’s a few hours of trimming and cleaning up to do, but it looks as if Zenith can be turned over next week for the planking repairs.