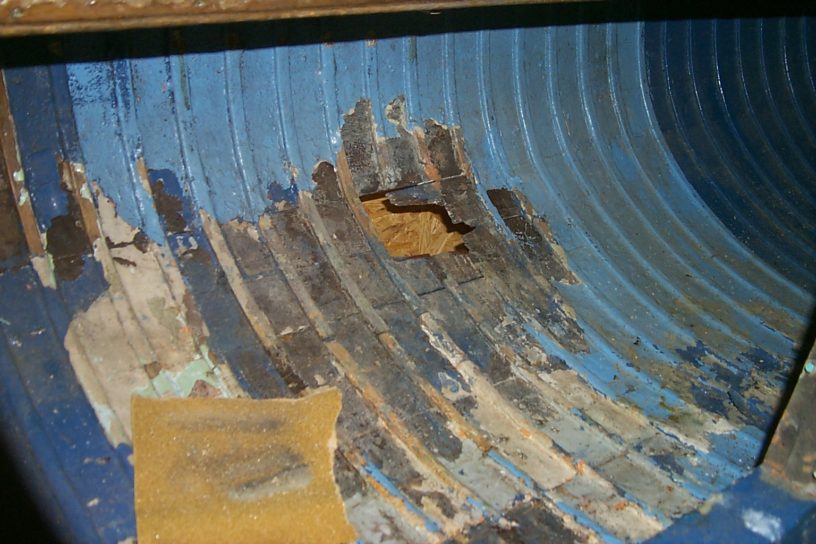 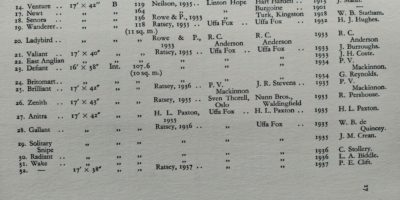 Obviously the first thing to do with Zenith was to give her a really good looking at. Unfortunately the the photos I have of her in 2004 are not the best quality but they do give an indication of what needed doing.

It was pretty obvious that there were some major issues to deal with. Most of the ribs in the mid section were broken along with a number in the bow and stern tanks and it looks as if she had been dropped on a trailer as there were two major holes in the hull. The deck was mostly missing, I suspect she has been redecked in the past as the plywood used was of poor quality,

Zenith had been outside for a while before collection, so there was a fair bit of damp/wet timber. After leaving her in the shed for a year or so I went back to have a look and she was bone dry. The pleasant surprise was that despite her age and condition there was no rotten timber at all.